Apple's iOS continues to drive most of the mobile devices in the business world, but Android still claims its share of enterprise territory.

BlackBerry once dominated enterprise mobility, but it has not been able to hold its ground against the Apple onslaught. Even though Microsoft offered the Windows mobile OS for free to smartphone manufacturers, it has seen little success in the enterprise. Not surprisingly, the battle remains primarily between Android and iOS.

The Good Technology Mobility Index Report for Q4 2014 of its own customers showed iOS held 73% of mobile device activations, while Android dropped to 25% and Windows again eked out only 1%. That number for iOS was up 7% from two quarters before.

Apple's iOS 7 included a number of management features aimed directly at enterprise integration, such as single sign-on, Open In management and an overhaul of the mobile device management (MDM) services introduced in iOS 4.

As promising as the new features sounded, many were fairly limited in scope. For example, IT could only restrict AirDrop on devices in supervised mode. Combined with the operating system's reputation for being more secure than Android, the new management features convinced many IT admins to provide iOS support.

With the release of iOS 8, Apple added more management features. Administrators could push eBooks to their users, lock specific areas on a device and control what files an app could access. The new OS also supported on-demand and per-app VPN, as well as expanded passcode usage, automated MDM enrollment and numerous other features to keep IT smiling.

There's even more in the new iOS 9, including changes to the Apple Volume Purchase program for the purchasing of bulk apps. In the new version, organizations can buy apps without tying them to a user's individual Apple ID. IT will have complete control of how these apps are installed, configured, managed and updated.

Because iOS was making significant inroads into the enterprise, vendors began creating enterprise-class mobile apps, such as Roambi and Salesforce for the OS. Even Microsoft now offers iOS versions of its Office suite. Apple's joint venture with IBM to create enterprise apps should fuel the enterprise desire for iOS devices even more.

Android puts up a fight

As enterprise iOS support has steadily increased, Google has been moving Android in the same direction. With Android 4.0 Ice Cream Sandwich, Google was already thinking in terms of enterprise adoption by introducing full-device encryption and a VPN API.

In Android 5.0 Lollipop, Google expanded the MDM features and although Android continued to offer a cheaper alternative to iOS, IT was still not convinced.

Google countered IT doubts with Android for Work, a management platform that supports both employee-owned and company-provisioned devices, while enabling remote management and simplifying application deployment. Android for Work also makes it possible for third-party MDM tools to enroll Android devices in bulk as well as manage business apps and data separately from a device's personal apps and data.

It's up to device manufacturers to implement additional features in a consistent and seamless manner. Many manufacturers are focused only on the consumer market and concerned more with the bells and whistles than enterprise-friendly features. In addition, Google is at the mercy of vendors to roll out updates to the devices they've already sold, which often takes a long time. Android vendors might even tweak the OS in such a way that some models are permanently locked into an old OS.

No matter how prevalent enterprise iOS support is now, Apple won't be sitting still, waiting for its opponents to catch up. The lines have been drawn and the battle has begun, but the ultimate winners are yet to be determined.

How Android and iOS security stack up

Streamline investment in emerging markets by choosing the right device

Is it time for Google in the Enterprise? 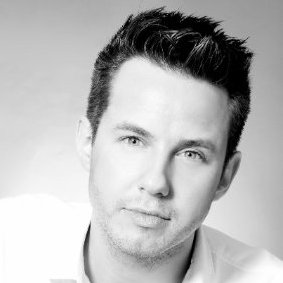 ncberns - 30 Oct 2015 8:57 AM
It's not that Apple is so much better than Android or BlackBerry or Windows, it's just hard to breach a monolithic structure from three uncoordinated places. Even with the constant chip, chip, chip at Apple's user base and the endless leapfrogging of features, progress has been minimal.
OTOH, Apple is as good as it is BECAUSE it's under constant attack. And Android is better because Apple is so good, etc....
Now that we've got the features, perhaps we can work on the prices....
[-]

ncberns - 30 Oct 2015 9:06 AM
Sorry, forgot to add one very simple fact.
Buy an Apple and you get an Apple. My Apple is just like your Apple. OTOH, when you get an Android, you've got one of a gazillion configurations that may or may not be running the same OS and may or may not get updated when everyone else gets updated.
Apple is like buying a tuxedo. There are some slight variations, but a tux is a tux (unless you're going to your junior prom and think powder blue is a valid choice), Android is like buying a shirt. There's a whole department of them. Hell, there are whole stores devoted to every conceivable variation.
[-]

mcorum - 30 Oct 2015 2:22 PM
I think that’s exactly why some people pick Apple and others pick Android/Blackberry/Windows - different people want different things from their mobile devices. My wife likes her iPhone because it’s like her iPad and (generally) just works. I like my Android because it is much more configurable and I can tweak it (for the most part) to work how I want it to work. In the end, I don’t think it’s so much that they need to gain ground on Apple or that Apple is better, they’re just different, and appeal to different user bases.
[-]