Apple has officially entered the 2-in-1 device market with the new iPad Pro for businesses, giving employees one more reason not to buy PCs.

The new iPad Pro has a larger screen, a stylus called Apple Pencil and attachable smart keyboard. With its new powerful A9X processor, Apple compared the device's performance power to the leading laptops on the market, a ploy Microsoft took when it launched its Surface Pro device in February 2013.

This puts Apple squarely in the 2-in-1 device market for the first time, where it will have to compete with Microsoft's Surface Pro 3 --the top selling detachable device in both the consumer and enterprise market, according to IDC, an IT industry analysis firm.

"Most of the portable PC vendors are embracing that category as well," said Jean Philippe Bouchard, research director at Framingham, Mass.-based IDC. "You will have a lot of different brands available in that segment."

Microsoft Surface devices lead in the Windows 2-in-1 segment with about a 60% market share, according to IDC. HP, Dell and Lenovo, three of the largest PC vendors in the world, have all made their presence felt in the 2-in-1 market with recent releases as they all continue to innovate in that segment.

"With the iPad launch, people will open their eyes and see the benefit of that form factor," Bouchard said. "However, I don't think it will be a category changer. There are two things that will limit that impact. It's very expensive…Also, it's about entering the commercial space, and that's still a Microsoft stronghold."

Sales of Windows 2-in-1 devices were down in Q2 of this year, as were PC sales, according to IDC, largely due to retailers diluting their inventory of the devices as they awaited the July launch of Windows 10. Now that Microsoft has released its new OS and all major PC vendors are investing in the space, IDC predicts that the segment will see growth in 2016.

Microsoft made an appearance at the Apple event following the introduction of the iPad Pro to show off how well Microsoft Office runs on the new Apple device and how the company's marquee software suite supports the new features of iOS 9 and the iPad, including the Apple Pen.

"If you are considering buying the Surface Pro 3, why bother?" said Michael Oh, CTO and founder, TSP LLC in Boston. "If you have an inclination toward the Apple ecosystem, and were looking at the Surface, you have no reason anymore. The iPad Pro is a device with larger screen, better processing capabilities…and a huge app store."

Apple is looking to turn around its once booming iPad segment, which has declined in sales for six straight quarters. CEO Tim Cook admitted last year that the declining sales of the device were behind the company's IBM partnership last summer.

Because the iPad has a longer than expected refresh cycle, users may not need to replace the older generation of the iPads they own. That is why Apple looks to expand its role in business, and up its enterprise sales of iPads.

"If they are successful in creating a new generation of apps that really caters to medical professionals, architects, people in product design, then they will by all means turn that around," he said. "It's really geared to professionals, and it'll be fascinating to see what developers do with all that power."

This is the first time an iPad has been built that can replace your PC, said Pat Moorhead, president and principal analyst of Moor Insights & Strategy, a tech analyst firm based in Austin, Texas. A 9.7-inch iPad could never replace a PC, but now, the iPad Pro, at almost 13-inches, with Apple's new A9X chip and 4K video display, can be used in place of a laptop.

"[Apple] needed to do something to get more penetration in business," Moorhead said. "You know there is demand for it…I felt I was looking at a 2-in-1 Surface, an HP or a Dell 2-in-1, but what keeps me centered is that they are looking at it from different points of view."

Apple comes from a mobile perspective with its new iPad Pro, meaning it's a tablet with the processing power of a high-end PC, but Microsoft's background is with PCs, so the Surface is more akin to a PC with touchscreen capabilities, Moorhead said.

"I'm impressed with it," he said. "I didn't expect them to bring out a keyboard case. It begs that question of comparison to the Surface Pro. And the new [A9X] chip looks like a monster."

Apple claims its new A9X chip is faster than 80% of the PCs shipped in the last 12 months, which, if true, would mean the iPad Pro runs on a PC-class performance chip.

Due to the new multitasking features on iOS 9, Moorhead viewed it as "a requirement" for Apple to come out with the bigger screen iPad Pro as it's a mobile device that takes full advantage of the new iOS 9 features.

Whether customers buy iPad Pros over PCs remains to be seen, but it is sure to pique business users' interest.

"[Apple will improve sales with the iPad Pro because it's a new form factor, but I will wait and see if it's a long term trajectory," Moorhead said. "Quite frankly, it has to eat into PC market share to do that."

The iPad Pro will be available in November.

Ramin Edmond is a news writer for TechTarget covering the ever-growing mobile enterprise space. His background consists of reporting on the IT industry, including mobile and channel news. He got his start out of college as a local news and sports reporter for a daily paper.

wintj1 - 11 Sep 2015 12:52 PM
No, my iPad (128) does an excellent job as my Media center (Movies), Library, Application base, and Presentation center.  It is an awesome traveling companion for me and my family adventures.
The only reason I need a new Tablet would be for a model with 256 or 512 GB so I can have more on it.  The bigger screen would be nice but I would only go that direction once I've confirmed that I don't have to have the pen for the extra hundred, and I can still pair my existing keyboard so I don't have to pay for a new keyboard.
Sorry Apple but I also don't believe it's worth $1400.  So like the Watch this is another item I will pass on.  I'm happy with my iPhone 6 plus and ipad (128).  No complaints for these.
[-]

Trime2x1 - 11 Sep 2015 12:55 PM
A resounding yes! Of course I want to try it out first and then make my final decision. I'm very curious as to how well the Apple pencil works. If it works well, this will be hugh for my school classes!
[-]

jonkmanrj - 11 Sep 2015 1:58 PM
only if the keyboard is as good as the one on my mac!
IMHO what Apple shoud offer is a device where the user has the choice between OSX and IOS in real time, without rebooting. This should be a realistic idea, as both are a shell on top of the same UNIX kernel. The 12 inch  Macbook woud be a great form factor for that.
[-]

jparks341 - 14 Sep 2015 2:07 PM
Will definitely buy it when it comes out and do some comparative testing between my iPad Air 2 and my Lenovo Carbon w/ touch screen. Really excited to see if Apple is really serious about taking on the Surface Pro and Surface Pro like pc's. They Apple needs to step it up to get back in the Enterprise market, this might do it.
[-]

Trime2x1 - 14 Sep 2015 2:14 PM
I agree with jonkmanrj on being able to choose between  OSX & IOS, especially for the business side. Of course this may be a mute point having not seen IOS 9. But kudos to jonkmanrj, I forgot to consider this. I found this to be annoying with Android tablets not being compatible with sites that I use for school.
[-]

JHarrison - 4 Dec 2015 4:59 PM
I can't see any tablet replacing the laptop/desktop as a general rule especially in a business setting or even a manufacturing setting where mobility would be helpful.   But there's the problem with security in how that mobile device is used for it to help with productivity.  Use of any tablet or mobile device as part of general work day production, as a company implementation has to be carefully planned out beyond the choice of device, software and who can utilize the mobility.  The concern with consistent connection to the enterprise is critical for helping with production.  In the end, adoption of any mobile device will have to have consideration for its limitations in the workday.
[-] 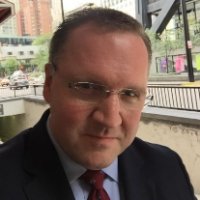 mikelyles - 19 Sep 2015 6:02 PM
This is definitely an interesting discussion. And it begs the question whether or not the hardcore apple fans will be willing to pay the elevated cost of the iPad Pro. Apple fans love their iPhones, their Apple Watches, their Apple TV, their MacBooks, but iPad (for me at least) has always been something that can be used for reading books, quick surfing the web, running some apps that are too small on the phone screen, etc.

To take the iPad seriously, i would question whether or not we would need connectivity for the device (e.g. USB plugs, ability to connect to a printer, etc). This is one of the things that have kept users close to their laptops and desktops in years past.

But i will say this --- with the growth of Cloud storage everywhere you turn (from iCloud to Box.com to DropBox.com to many others), people are using storage devices, usb drives, backups, etc., much less. In my opinion, once we have fully extinguished the need for storage connectivity to a machine (iPad, Laptop, etc), we will see the iPad Pro and other tablets taking the lead in the market.

Could an iPad Pro, with the high storage, a keyboard, and the new super nifty Apple Pencil replace my Macbook Pro laptop? My answer is "maybe". But there is something to be said about the sturdiness and the flexibility of the laptop for the things I use it for today. And i would bet that many other people would feel the same.

With that said......if someone would consider a Surface to replace their Windows laptop, I would suspect that same type of person would see an increased value in the iPad Pro. It's an enormously powerful machine - if you're into that type of device.

JHarrison - 4 Dec 2015 5:06 PM
No matter what any tablet will not replace the laptop.desktop as a rule. Considering how a tablet is best used, taking advantage of mobility, it might be helpful for a business if small specific apps are developed to assist in the workday. Then there is the whole discussion about device management within an organization as well as security and the use of the device outside of office hours. Security comes into play if the device is used outside of the office connecting to the the office enterprise. Certain procedures would have to be carefully planned and implemented. So