Enterprise IT will be able to easily manage Windows Phone running Windows 10, but the phone needs competitive business apps to sway any users from iOS or Android.

Leveraging enterprise apps will be critical for business users who want to switch to Windows Phone on Windows 10. It could also factor into IT's decision on whether to support a BYOD Windows Phone or deploy the platform to workers.

Using enterprise apps will be easy for Windows Phone as the port for Windows is easier than for Google Android or Apple iOS devices, according to Rob Enderle, principal analyst for the Enderle Group, based in San Jose, Calif.

However, many legacy apps will need to be rewritten and updated because they are not designed to run on a smartphone.

Microsoft has preached a two-pronged approach to app development with its universal app strategy and messaging to encourage developers to build business apps for Windows Phone.

"As developers advance their desktop apps for Windows 10, they will [also] develop for mobile [applications too]," said Chris Hazelton, director of mobile and wireless research at 451 Research LLC, in Boston.

Over the last year, IT pros have carefully observed Microsoft's strategy to add enterprise features such as data encryption, support for virtual private networks, containerization and mobile device management to Windows Phone to improve its appeal to corporate buyers.

The familiarity with Windows and even with the forthcoming Windows 10 is key for getting more enterprises to consider Windows Phone in their environments.

"IT knows Windows and they can fit [Windows Phone] in their structure and [make it work with] the apps they are comfortable with," Enderle said. Windows Phone users will not compromise security by using side-loaded applications, which is more available on the desktop and notebook PC side, he added.

However, business users remain hesitant to leave their iOS and Android phones, as evidenced by their extensive hold on the smartphone market.

"Phones are purchased by users," said Enderle. "IT [has] liked Windows Phone for some time [but] the users have been hard to convince.  If they [Microsoft] can get the apps, they should be able to get the users … if [Microsoft] gets the users, IT will applaud."

Mountains need to be crossed

Microsoft has struggled to make a dent in the competitive smartphone market. Market share for the Windows Phone operating system slipped to 2.5% in the second quarter of 2014 compared with 3.4% from the same time period last year, with the lion's share of the market, 96.4%, held by iOS and Android devices, according to IDC. The remaining 1.1% is held by Blackberry and others, according to IDC.

"The Android/iOS train is so strong," said Tim Bajarin, founder and chief analyst for Creative Strategies Inc., based in San Jose, Calif. "No matter what Microsoft does, they're going to continue being in a third place position."

Windows 10 is going to be a long haul for Microsoft if they are to shift end user and IT sentiment away from the entrenched leaders, analysts said.

"Windows 10 fixes problems on notebooks and desktops but because of that I’m not sure it will have a dramatic influence on the phone," said Bob O'Donnell, chief analyst and founder of TECHnalysis Research LLC, based in Foster City, Calif. Microsoft did not have to fix Windows on the phone as the modern user interface works well on small touch screen devices, he said.

"The bigger problem on Windows Phone is getting the word out and [motivating end users] to try it," he said.

mcorum - 20 Jun 2015 4:31 PM
It won’t be my next smartphone. I like the path the Android devices have taken, and the apps that are available really appeal to me, but I can see giving a future Windows phone a trial run as my primary device. Although I’ve not owned one personally, I have coworkers who have switched and say that they will never own another iPhone or Android device.
[-]

ncberns - 21 Jun 2015 9:13 AM
We're curious, of course. It is Windows, after all. But while the Windows Phone makes a blip, that's not enough to call for adoption. Not yet anyway.

Far too many of our everyday programs have been written for Android and iOS. When they (eventually) get ported over, then we'll reconsider Windows.

As I've said in other posts,  hardware grows ever less significant. Only the apps are important - and we expect them to share data across platforms. We'll look at Windows again when it meets that criterion.
[-] 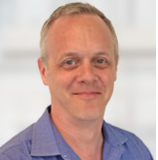 choosekraig - 19 Oct 2015 4:00 PM
Already there, 830, and looking to get the 950 early next year. Have W10 running on the 830 now and it's excellent, even in early release form it's been great. Not knowing how many apps there are for every service imaginable I don't know what I'm supposedly missing but have to say I don't feel like I'm missing out as I can do everything I could possibly want on it currently.
[-]

metsfan421 - 14 Oct 2014 2:12 AM
I'm actively deploying and supporting Windows Phones in mine and my clients environments.  The apps are coming, more and more apps are added to the store, it's only a matter of time.  With universal apps there's no reason not to develop apps for Windows.  You can't ignore 1.5 billion users.