BOSTON -- When considering mobile operating systems for the enterprise, it's possible to think of the three major players as individuals with different styles, advantages and faults.

In these terms, Apple's iOS is a sharply-dressed, dashing man-about-town, Google's Android is a punk rocker, while Microsoft's Windows Phone dresses in business casual attire, according to Michael Thomason, lead system architect at Emory Healthcare in Atlanta.

During a presentation here this week at BriForum 2014, Thomason explained the differences between the three mobile operating systems (OS) that make up most of the 2.4 billion smartphones and tablets -- 1.1 billion Android, 333 million Windows, 271 million iOS/Macintosh -- expected to ship worldwide this year, according to a Gartner report this month.

Here is how Thomason explained iOS, Android and Windows Phone:

IOS: Apple's OS wears the suit and tie because iOS can only run on Apple hardware, giving it a well put-together advantage over Google and Microsoft. All iPhones are similar to run and manage, living within what Thomason called the "Apple garden" -- which can be a nice place to live.

"If I'm managing mobile devices, I would much rather know what I'm getting into than I don't," Thomason said.

However, that level of consistency comes at a higher price point per device over its competitors, or as Thomason called it, "the Apple tax."

"But what you get out of this is a very polished user experience," Thomason said.

Apple iOS 8 will include a number of enterprise controls and management options for IT when it is released this fall; however IT still has plenty of concerns over just how those new options will work.

Android: While iOS probably enjoys an evening at a classy piano bar, Android likely prefers a grimy basement rock club for its nighttime entertainment. But the completely open-source "mobile Linux" Android platform isn't necessarily a bad thing, according to Thomason.

Because Google Android runs on a variety of hardware, there is a lower entry price point and many more device options than the competition.

"You can pick up [an Android] tablet, and granted it's not going to be as quality as the iPad, for $50," Thomason said.

While the application capabilities for Android are broad, with options like widgets, nearly all the Android applications are developed in Java, with a user interface that "doesn't look and feel as crisp" as those for other operating systems, according to Thomason.

Another issue with the open source OS is that support comes solely from the hardware vendor, as opposed to Apple where the hardware and software vendor are the same. This is similar to the PC-era, when enterprises relied on hardware vendors like Dell and HP for support on their Windows-based systems, Thomason said.

Android's operating system fragmentation within the enterprise is something Google will try to address later this year with Android L's anticipated built-in management infrastructure.

Windows Phone: Microsoft is working toward a single-OS for its desktops and mobile devices, something Apple has mostly avoided -- with some new integrations expected with iOS 8 and Mac OS X Yosemite for desktops.

The consistent hardware experience of "doing things the Microsoft way" is an advantage for Windows mobile OS, Thomason said. There is tight integration with Microsoft's existing technologies, which are often legacy applications within enterprises, so enterprises may be able to run existing applications on Windows Phone without much issue.

However, Microsoft was "very slow to the market" with its mobile offerings, Thomason said. Things remain in a state of turmoil with Microsoft scaling back its Nokia investment by eliminating a large chunk of its workforce there.

Tying it all together: For one OS to win, the others don't have to lose, according to Thomason. The systems have similar qualities and faults, but in the end, user satisfaction is a key component of what enterprises must consider.

"The users just want access to their applications," Thomason said. "The first to market is not always the market leader."

What users want, in terms of applications or devices, plus cost and security considerations, are important factors to consider when it comes to mobile OSes in the enterprise, according to Thomason. 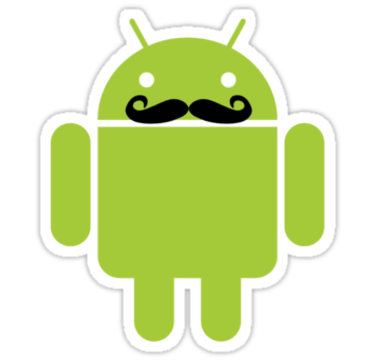 Michael Tidmarsh - 24 Jul 2014 2:36 PM
Even though I think all three have their positives and negatives, I still think iOS is the best for enterprises. It has the largest scale of applications and has a simple yet powerful interface. Also, it's highly secure which is a top priority for enterprises.
[-]

akiranbabu - 25 Jul 2014 12:06 PM
Anything using Apple the US government will know it... so privacy is a big concern.... Android... too dangerous the whole world will know about your private data at it is a crowd coding and it is not a consistent OS ie, it behaves differently on different hardware. I vote for Windows Phone.
[-]

mcorum - 22 Apr 2015 8:17 AM
I would like to say that we’re mobile OS agnostic, but in fact our organization prefers iOS. We support either OS in the BYOD program, but all conference rooms have multiple connectors that allow people to connect the iOS devices to projectors, whereas there are none provided for android devices. Also, the only mobile application that we have developed for internal use was a room locator that only worked on iOS. I think the primary reason is due to the near instantaneous success of the iPad. When it first came out, many of the executives purchased one for their use, which led to a mad scramble by several groups in IT to purchase iPads, and it just kind of stuck. Another big reason is the lack of a clear front runner in the Android tablet market – too much diversity weakens Androids chances of dominating in the workplace.
[-]

Michael Larsen - 23 Apr 2015 11:00 PM
Preference isn't the question really, it's what does our ecosystem best support and integrate with. at this moment, the answer is iOS. that of course could change in the near future.
[-]

Ben Rubenstein - 24 Apr 2015 8:44 AM
It seems like if the decision is integration-focused, a change from iOS to anything else would take quite a long time. Once you're committed to one platform and ecosystem, you're likely going to be in it for the long haul unless there's something drastic that happens.
[-]

Jeff Cutler - 28 Feb 2015 11:30 AM
I choose iOS because it integrates with all my systems. I think function and efficiency has to be considered in any discussion of infrastructure. Sure, security is a concern, but if you mandate the use of a system that doesn't work well or play nice with the existing systems, then you're hurting the company's goal to get work done. Common sense and a best possible solution have to come into play. Sometimes the less secure solution is still the best and IT just has to pay more attention to data access and provisioning so that teams and the entire organization can remain productive.
[-]

mcorum - 22 Apr 2015 8:27 AM
I think Jeff hits a key point when he refers to efficiency, but I don’t think it should limit efficiency to only integrating with existing systems (which I think Android does just as well as iOS). I think it’s also about user efficiency, and what device they are used to using. One of the images that Apple projects is that iOS devices just work, which helps users work more efficiently because they are not spending time overcoming issues with their device. But, if a user has a personal android phone or tablet that they use, they may work more efficiently on a company supplied android device because they are more familiar with the way Android devices work than they are for an iOS device. In the end, I don’t think there really is a “best” because it depends on context, which is different in each scenario and for each user.
[-]

Michael Larsen - 23 Apr 2015 10:58 PM
Having used both iOS and Android devices (currently I'm focused on iOS because my work system is a MBP, and our primary mobile  apps are iOS based), it's just been easy to use and work with the Apple ecosystem because it's just there and there's so little friction. Android likewise works sufficiently well when I have relative devices to interact. Having multiple ecosystems to choose from keeps the players somewhat honest and at least aiming to innovate. Fewer players means fewer choices and fewer motivations to innovate, so benefits all around :).