This content is part of the Essential Guide: Comprehensive mobile app development guide

Things have changed over the past decade thanks to the emergence of cloud computing and the mobile technology boom. Now, IT administrators need some knowledge of APIs and mobile app development tools to understand how enterprise mobility management (EMM) works. The automation required to monitor and manage complex cloud infrastructures relies heavily on the coding skills developers bring to the table. And the granular management mobile administrators must exert requires access to each app's source code. Throw in the rise of Agile development practices and their rapid release cycles, and it's a recipe for increased cooperation between admins and developers.

But many IT admins struggle to adapt, even though automated management through coding -- a practice known as DevOps -- and understanding mobile app development tools can make their lives easier. Cloud computing is established in the enterprise by now, but mobility is still fairly new; the prospect of learning new skills and developing new processes to accommodate this emerging technology can be daunting.

By examining the role of development in EMM and its necessary tie-ins with back-end infrastructure, IT admins can learn how to use mobile app development tools to succeed in this new era.

If for no other reason, IT must familiarize itself with mobile application development tools to understand how EMM works. Mobile device management (MDM) -- the most basic component of EMM -- follows an old-school IT mindset. It gives administrators full control over smartphones and tablets, just like they've traditionally had over desktops. All it requires is a management console and an agent app installed on a client device.

MAM gives IT control solely over corporate apps. Admins can update, wipe and enforce policies on those apps, but they can't see or do anything to users' personal apps on the same device. This approach makes MAM a more workable solution to the problem of balancing IT security and user privacy in scenarios where employees use one device for both personal and work tasks.

There's significant complexity to MAM, however. That's where mobile app development comes in. Unlike MDM, which simply requires an agent app installed on a device, MAM needs access to the source code of every application it manages. With commercially available apps, such as those for customer relationship management or file sync-and-sharing, the independent software vendors work directly with MAM vendors to provide that access, and the process is completely out of IT's hands.

The big problem with commercially available apps has to do with market fragmentation. Most independent software vendors don't open up their apps to all mobile app management tools, so it can be difficult for organizations to find a product that manages all the apps they need to manage.

Development issues arise when dealing with apps created in-house. In these scenarios, enterprise developers must build apps so they can work with the organization's chosen MAM tool. If IT must be able to prevent an in-house order processing app from uploading customer data to an unmanaged cloud service, developers must build MAM access into the apps' file export feature. There could be dozens of features IT needs to access in just one app. Depending on the number of apps to be managed across the organization, admins and developers could face an extremely large amount of work.

The process of building a MAM-ready app requires significant coordination between the IT and development teams. Admins don't need to know how to do the coding, but they must be able to articulate their goals clearly to developers, using the language of APIs and software development kits (SDKs).

Some mobile device manufacturers provide built-in MAM APIs. For example, Apple's Managed Open In APIs let IT control how iOS apps interact and share data with each other. And Samsung's Knox API gives admins the power to secure certain apps with containerization.

Some MAM vendors also offer proprietary SDKs, which are libraries of prewritten code that developers can add to their apps. The code does all the work of tying into the MAM software and allowing IT to secure and enforce policy on the app.

Why IT should dive into enterprise mobile app development

What IT should know about back-end app development

Colin Steele - 15 Apr 2016 8:02 AM
What are some advantages of involving IT in the mobile application development process?
[-]

Veretax - 20 Jul 2016 7:53 PM
IT needs tools to manage devices, software roll out and licenses when they are spread over so many devices for sure.
[-] 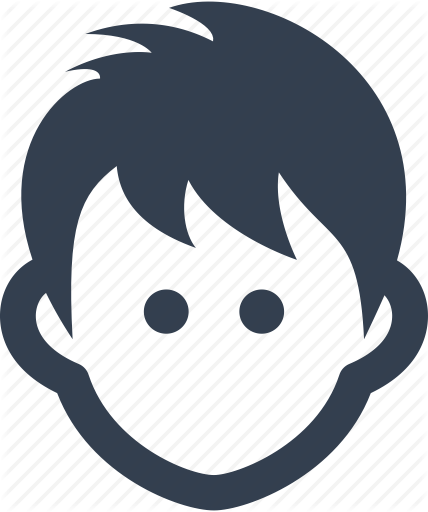 RobertYank - 13 Jun 2016 10:00 AM
Fortunately, there are some really great multi-platform developer tools in the market today, using which you can easily achieve your aim. Here is a list of the top 5 dev tools for cross-formatting mobile applications.

RhoMobile offers Rhodes, which is an open-source framework based on Ruby. This permits the developer to create native apps, spanning over a stunning range of OS’ and smartphones. The OS’ include Android, Windows Mobile, Symbian, iPhone and RIM, which pretty much covers it all.

PhoneGap allows the developer to work with device hardware features such as accelerometer, GPS/location, camera, sound and much more.

The Titanium Development Platform from Appcelerator, which incidentally has a formidable fan following in Twitter, aids the development of native mobile, tablet and desktop apps via web programming languages such as HTML, PHP, JavaScript, Ruby and Python. It now powers over a 1,000 native apps per month. The best thing about Titanium is that if gives users easy access to over 300 APIs and location information.

Additionally, Appcelerator also offers customizable metrics for actions and events. Apps can be totally hardware-based and all app data can be stored either  in the cloud or on the device.