This content is part of the Essential Guide: Enterprise mobile security smackdown: iOS vs. Android vs. Windows

Details surrounding Microsoft's Surface and other new Windows tablets seem a little confusing. It's hard to discern what you can and can't do with each tablet and how they'll fit in the enterprise.

Both Windows RT and Windows 8 on tablets feature a new, tiled user interface in addition to the more traditional Windows desktop look and feel. They also integrate with SkyDrive, Microsoft’s cloud storage and file-sharing service, which is completely out of IT's control. But the operating systems have some significant differences when it comes to manageability and application availability. The wide range of tablets on the market -- made by original equipment manufacturers and, for the first time, Microsoft itself -- only complicates matters further.

Former CIO and current freelance technical writer Brien Posey talked with SeachConsumerization.com about the redeeming qualities of Windows tablets, their pros and cons for enterprise use and how the Microsoft-made Surface tablets can compete with Apple's iPad.

What are the differences between Windows 8 on a tablet and Windows RT?

Can you explain the desktop/tile combo interface on Windows tablets?

Posey: That interface is what Microsoft is using for their new Metro-style apps. It works really well with touch screens. The con, besides being really ugly, is that it doesn't really lend itself to the old-school, basic Windows apps that we're all used to. Typically, those applications have to be accessed through something called desktop mode. If you've got a mixture of Metro apps and legacy apps, you're constantly having to switch back and forth between Metro mode and desktop mode.

Can Microsoft tablets scratch the Surface of admins' needs?

Which one is better for enterprise use, Windows 8 on a tablet or Windows RT?

Posey: It really depends on how the tablet is going to be used. Windows RT has the advantage in that it comes with Microsoft Office and the Windows 8 tablets generally don't, so that could save the organization a substantial amount of money on licensing. But on the flip side, if being able to join the tablet to a domain is a requirement due to the organization's management software or something like that, then they'll obviously want to go with Windows 8.

But having said that, with so many organizations embracing bring your own device lately, a lot of organizations are fully prepared for end users to connect to network resources from non-domain-joined machines, so Windows RT could end up being a very viable option.

What's your position on the SkyDrive integration?

Posey: The downside to SkyDrive is that it's something that's in the users' direct control. Microsoft will eventually have to offer corporate versions of SkyDrive that can be centrally managed. For right now, I think that using SkyDrive just as a repository for documents so that users can work on the road [is] going to be fine for most organizations. There are certainly going to be exceptions, particularly in organizations that are in heavily regulated industries where [there are] very stringent security requirements.

Is it possible for Surface tablets to compete with Apple's iPad and still be enterprise-friendly?

Posey: I got a Surface [RT] tablet the day they came out. It's actually something that I use very frequently. I don't own an iPad.

If you look at it from a technical perspective, device features and capabilities, I think that Surface tablets are every bit as good as the iPad -- probably better. The big problem that Microsoft is having at the moment is that they're losing the marketing game. Before Surface ever even launched, consumers had more or less already made up their minds that the iPad was the cool thing to have. [Microsoft] is going to have to overcome that stigma if they ever want Surface to succeed.

Thirty years ago, the PC was something new. It was a fad, kind of like the iPad is today. But so many people adopted the PC that it eventually went from being a fad to being a standard. Microsoft risks having the same thing happen with [the] iPad if they don't get on the marketing game right now.

Ben Rubenstein - 11 Aug 2014 10:33 AM
I'd still have to go with iPad for the amount of apps available and ease of use. I am intrigued by the Surface and the potential productivity gains that come with it, but the user experience is a concern.
[-] 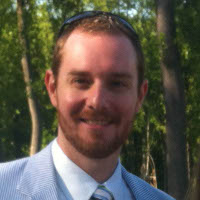 billywatts - 24 Jun 2015 11:12 AM
Apple iPad for me too. It's nice to be in the Apple ecosphere. When it comes to new applications and integrations, developers seem to make sure it works on apple first because of the large numbers of devices and users of iPads and iPhones.
[-]

AnonymousUser - 12 Sep 2013 9:21 PM
My question is that I am a college student. Would windows RT or 8 suit me better. I would like to use the tablet for doing assignments and I also like to play games and facebook.
[-]

philriff - 4 Dec 2013 11:44 PM
If you look at it from a technical perspective, device features and capabilities, I think that Surface tablets are every bit as good as the iPad -- probably better. The big problem that Microsoft is having at the moment is that they're losing the marketing game. Before Surface ever even launched, consumers had more or less already made up their minds that the iPad was the cool thing to have. [Microsoft] is going to have to overcome that stigma if they ever want Surface to succeed.

So no mention of Android here then, Who happen to dominate both the phone and tablet markets.. Your fixation on ipads is pointless.