The Android HTC 10 is a solid smartphone for work 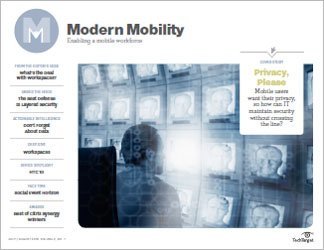 This article is part of the Modern Mobility issue of July/August 2016 issue, Volume 2, Issue 7

The Android HTC 10 is a solid smartphone that eschews gimmicks for all-around performance, with a bit of style for good measure. Its aluminum unibody looks great, and its display matches the high bar set by the competition, with a whopping 564 pixels per inch. The device's Quick Charge 3.0 technology deserves special mention, as it can charge a battery 50% in just 30 minutes. Smartphone speakers are typically lousy at best, but HTC's BoomSound actually impresses. What really sets the Android HTC 10 apart is the clean interface free of duplicate apps such as numerous email or browser apps. Its price is hard to justify, given that mid-range Android smartphones such as the Honor 5X and Moto G series cost as little as $200 and offer very good performance. But if you want the best, you can't be cheap. Specs Display: 5.2-inch Super LCD 5 Gorilla Glass, 2560 x 1440 OS: Android 6 with HTC Sense Chipset: Qualcomm Snapdragon 820, Quad Core, 64-bit, up to 2.2GHz Memory: 4 GB RAM, 32 GB capacity with microSD expansion up to 2 TB Build: 5.74...