BlackBerry 10 OS and BlackBerry Enterprise Service by the numbers 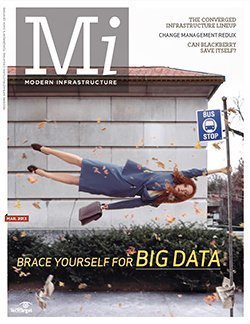 This article is part of the Modern Infrastructure issue of March 2013, Volume 2, Number 3

With its new BlackBerry 10 OS, the company formerly known as Research In Motion is making a last-ditch effort to save itself. The once-dominant smartphone maker, now named BlackBerry, struggled for years as Apple and Android rose to prominence with flashy, fun devices. The BlackBerry 10 operating system, released in January, aims to have the same consumer appeal while staying true to the company’s enterprise roots. Here are some key facts and figures. 1: Screen where you can access and interact with all your emails, social networks, calendars and contacts. This feature, called BlackBerry Hub, is what most sets BB10 apart from its competitors. Other operating systems have notification centers, but Hub takes that a step further. Not only can you see your emails, meeting requests and Facebook “likes” all in one place, but you can also respond to them right from Hub without opening another app. Hub also compiles contact information from various social networks and combines them with your message history for each person, so you’ll ...

Columns in this issue