Bluetooth is a telecommunications industry specification that describes how mobile devices, computers and other devices can easily communicate with each other using a short-range wireless connection.

What is Bluetooth used for?

Early Bluetooth versions allowed users of cellular phones, pagers and personal digital assistants to buy a three-in-one phone that could double as a portable phone at home or in the office, get quickly synchronized with information in a desktop or notebook computer, initiate the sending or receiving of a fax, initiate a printout, and, in general, have all mobile and fixed computer devices be totally coordinated over a short distance.

More recent Bluetooth versions make it possible for a user to place hands-free phone calls through a mobile phone or connect wireless headphones to a smartphone's music playlist, for example. Bluetooth technology can simplify tasks that previously involved copious wires strewn among peripheral devices. For instance, with a Bluetooth-enabled printer, one can connect wirelessly with a desktop, laptop or mobile device and print out documents. It is also possible to sync a wireless keyboard with a tablet-style device, such as an Apple iPad or Kindle Fire, or even a DVD player with a television. 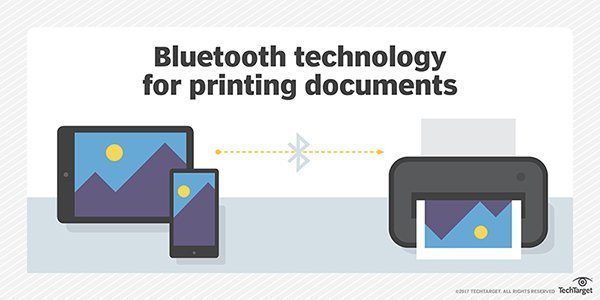 Additionally, mobile operating systems allow users to stream media, such as movies, television shows and music, to compatible TVs, speakers and media players via Bluetooth. With an eye toward the future of Bluetooth, companies such as LG are manufacturing televisions with built-in Bluetooth technology that can display 3D images users view through special "active-shutter" glasses. Though this technology is in its formative stages, it's gotten an enthusiastic reception from gamers.

Laptop or desktop computers without built-in Bluetooth can gain those capabilities through an inexpensive USB dongle. The one caveat here is Bluetooth technology typically uses considerable battery power, so it's suggested that it be monitored closely by the user to prevent a device's battery from running down. 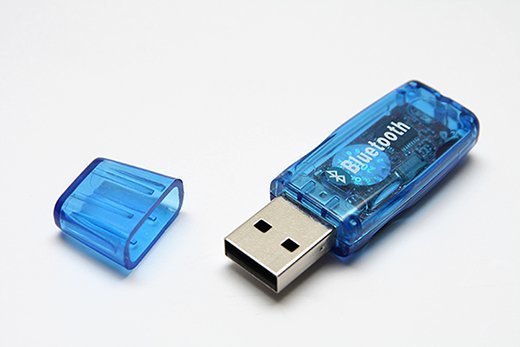 How does Bluetooth work?

Bluetooth technology requires that a low-cost transceiver chip be included in each device. The transceiver transmits and receives in a previously unused frequency band of 2.45 Ghz that is available globally -- with some variation of bandwidth in different countries. In addition to data, up to three voice channels are available. Each device has a unique 48-bit address from the IEEE 802 standard. Bluetooth connections can be point to point or multipoint.

The maximum Bluetooth range is 10 meters. Data can be exchanged at a rate of 1 megabit per second -- up to 2 Mbps in the second generation of the technology. A frequency hop scheme allows devices to communicate even in areas with a great deal of electromagnetic interference. Built-in encryption and verification is provided.

The technology got its unusual name in honor of Harald Bluetooth, king of Denmark in the mid-10th century.