A blog for business leaders, IT pros and developers who want to get the most out of enterprise mobility management, mobile applications and mobile infrastructure.

Apple’s really pushing the idea that the iPad Pro can replace a PC, but not everyone is on board — especially in the business world.

At this week’s launch of the new 9.7-inch iPad Pro, Apple noted that 600 million PCs in use today are at least 5 years old. Phil Schiller, the company’s head of marketing, called this fact “really sad.” The counterpoint to his argument, however, is that PCs are solid long-term investments, and there’s often no reason to replace them. Nowhere is that more true than in the enterprise.

One of the major reasons that so many old PCs are still in use today is that a 5-year-old PC is still capable of running most of the Windows software that is available today. Try running the current Facebook app for iOS in all its glory on a first-generation iPad … spoiler alert: you can’t.

Product life cycles might not matter to people who can afford to buy a latest device every year. But there are more than 600 million users out there who clearly aren’t buying the newest and most expensive tech. Apple wants [to] gain market share among both education and enterprise clients. Guess which customers tend to hold onto their PCs the longest … education and enterprise clients.

Another sign of the PC’s steadfastness is Dell’s decision to get out of the Android tablet market. In USA Today, analyst Mike Feibus argues it’s not so much a victory for iOS in the tablet wars; it’s a recognition that Windows PCs are still where the money is:

Apple, a company forever relegated to the fringe of big business, holds onto the misguided belief that it can forge into the core of business computing with a new tablet, and supplant hundreds of millions of aging PCs in the process.

It can’t. Like Apple, tablets were never able to break into the heart of enterprise computing. And the iPad Pro brings too little too late to change that.

There’s also the question of whether the new 9.7-inch iPad Pro — or any iPad, for that matter — can replace a PC’s functionality. Technically, it can, but the user experience isn’t always as seamless as it is on Windows. 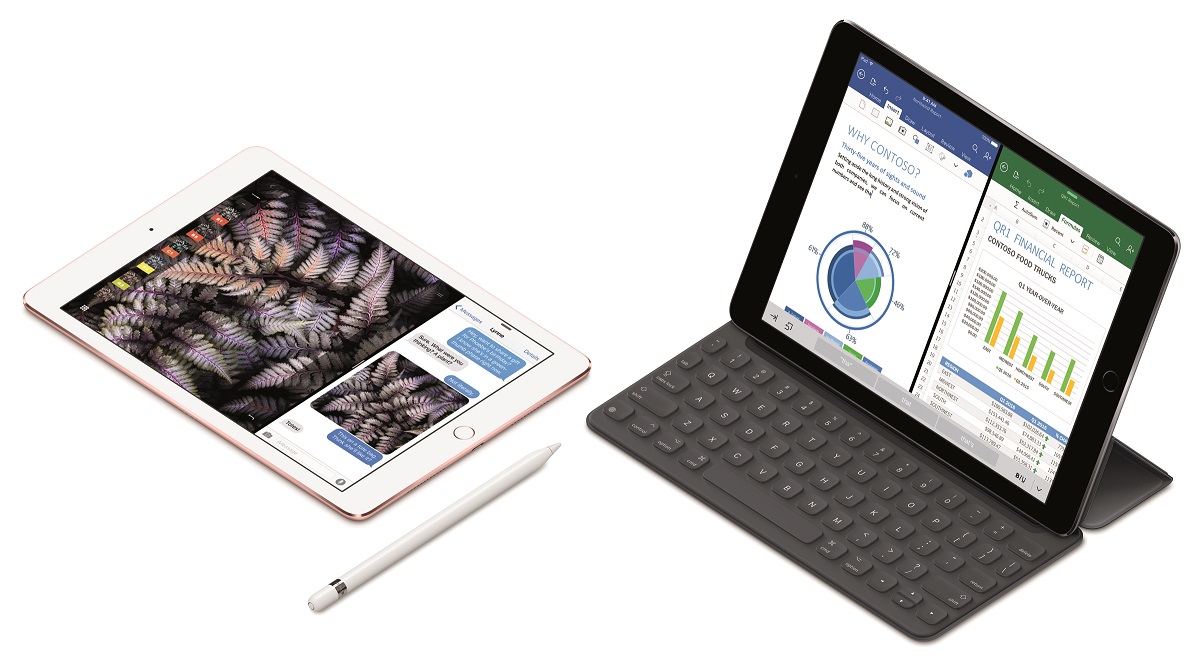 For example: Late last year, we deployed Box for file sync and sharing at TechTarget. Now, instead of sending email attachments back and forth to each other, we use Box links. On my PC, when I click a link, it takes me to the document’s page on Box. I click a button on that page, and the doc opens in Microsoft Word.

On my iPad, clicking a link also takes me to the document’s Box page. But then I have to press a button to open the doc in the Box app, and only then can I open the doc in Word. It’s only one extra step, but it’s a needlessly cumbersome one. On the road, is it better than lugging around my laptop? Yes. But would I want to go through that process multiple times a day at my desk? No.

Other essential business tasks are similarly difficult to perform on an iPad. As analyst Jack Gold says in our news writer Ramin Edmond’s story about Apple’s new devices:

Are you going to do a 500-cell spreadsheet on an iPad? No.

You certainly can get a lot of real work done on the device. But if business users were to move off of PCs en masse, they’d need a compelling reason. The iPad Pro does not provide that reason.